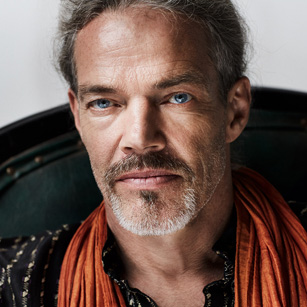 Multi-instrumentalist and composer, Prem Joshua’s tryst with music began at the age of 5, when he learnt the flute and started performing with different musicians. During the years to follow, his exploration of jazz and rock widened his eclectic taste and sowed the seeds of experimentation. Having explored the musical pastures that Europe had to offer, he travelled to India where he trained under several masters, including Sitar maestro Ustad Usman Khan. He has, since then, released 18 albums and performed across the world. Equally at home on the stages in Mumbai, Delhi and Dubai as in the clubs of London, New York and Berlin, Prem Joshua spends almost 10 months in a year touring with his band.

His notable performances include Glastonbury Festival, the Big Chill Festival, Shantipi (Israel) and Kala Ghoda Festival (Mumbai) amongst others. He has also performed in private for Prince Edward at the Royal Palace in London, for the Prime Minister of Malaysia and Maharajas of Jodhpur and Udaipur. He also continues to collaborate with acclaimed musicians from the East and West on many other projects.